At the start of March, ASN1 students held their ephemeral exhibition A Continuation of Autumn at the Johnston Terrace Garden, which was open to the public for a single day. Visitors were guided into the garden to discover each of the students’ work. 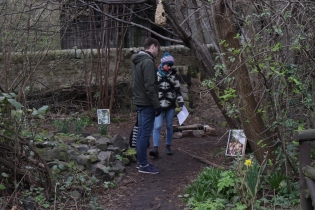 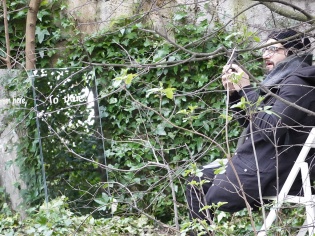 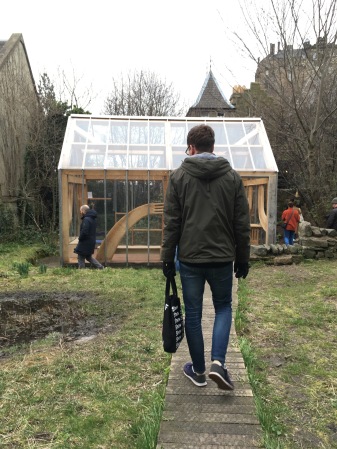 The students’ research of the place and its plant and animal inhabitants started last autumn and spanned over several months. What they found was a living garden, teeming with interactions and constant change.

When first entering the garden, visitors were greeted by Hsin-Yi Wang’s dynamic work. 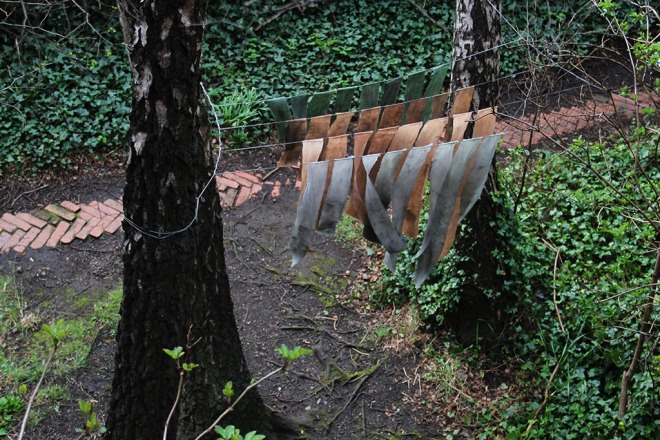 In Winter Rhythms,  Wang attempts to capture the movement of the wind with strips of fabric strung between trees, each dyed in a colour she was able to identify within the garden. 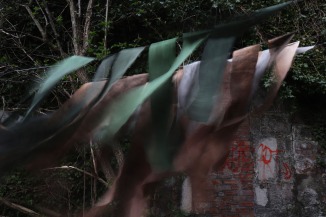 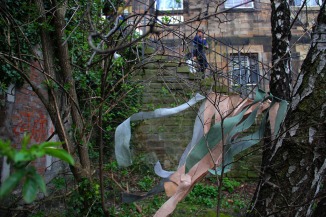 Directly onto the right, the side-path leading to the back of the garden is colonised by Yanzhen Wu’s trail of paper. 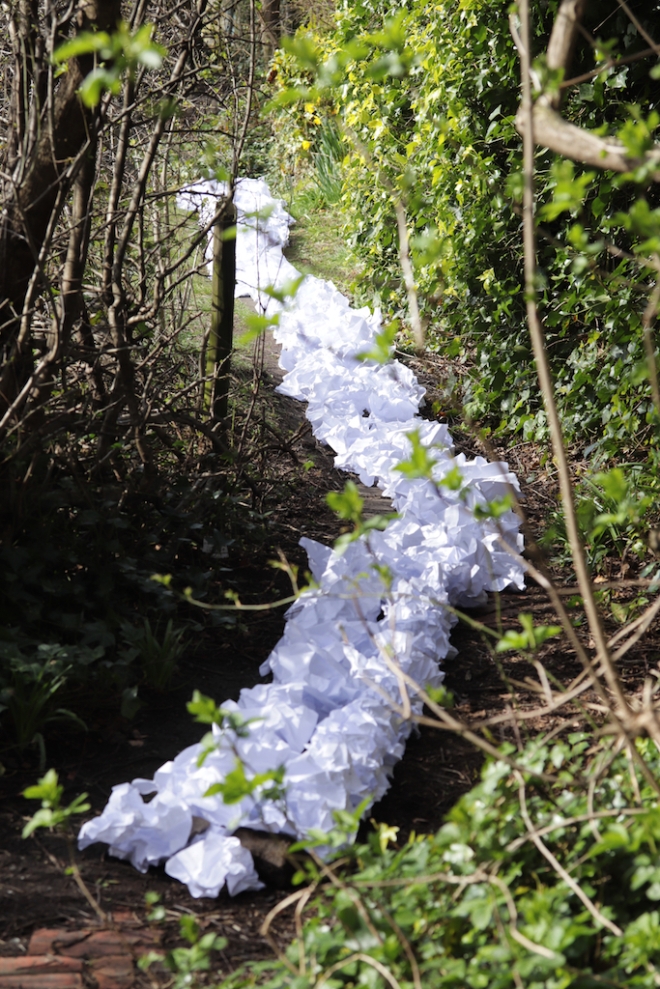 Only a handful of visitors choose to carefully tread the covered path rather than use the other. Through Intervened Path, Wu is asking us to considered the relationship between human intervention and landscape. 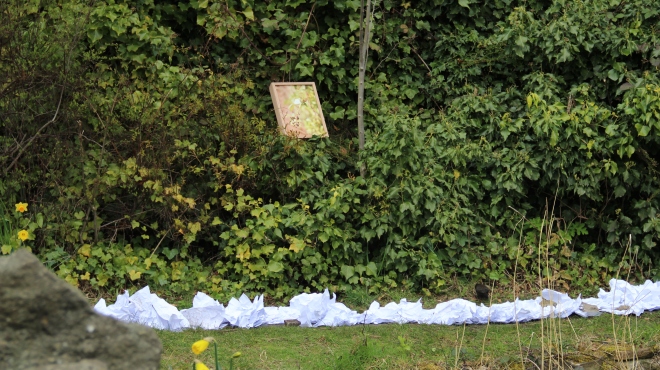 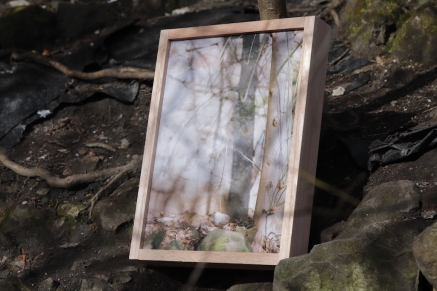 Using the garden as an extension of the bigger landscape, Scott Hunter’s Inscapes photographs are scattered throughout the garden depicting a child’s view of the world, free from constraints and distinguished by exploration. 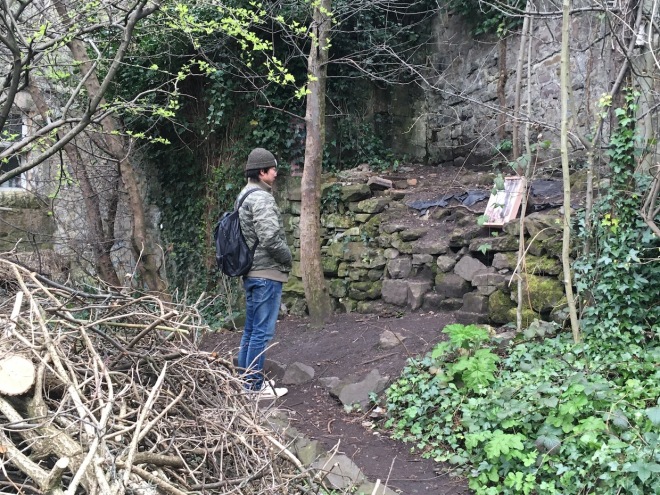 At the centre of the garden, inside Bobby Niven’s Palm House (2017), Joanne Mathews’ Collaboration: Periparus Ater places us directly in the spot where the artist spent hours, over several months observing a common Coat Tit. 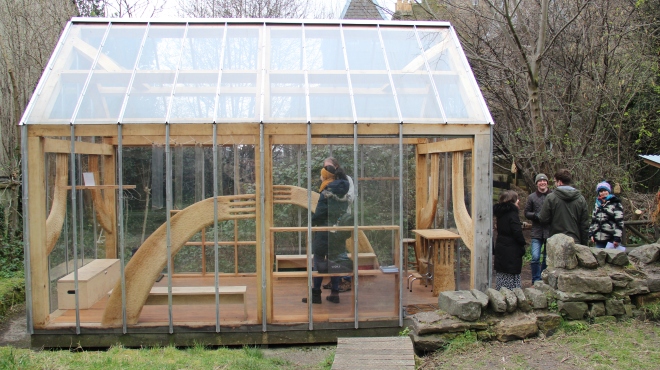 Collaboration: Periparus Ater charts the birds’ movements in a series of drawings. These maps are a meditation on avian time. 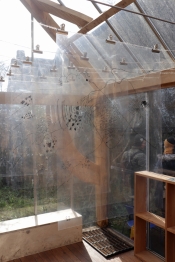 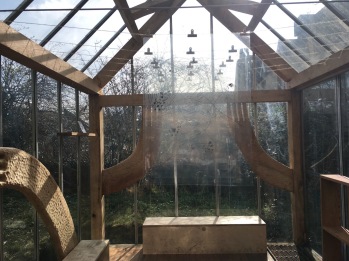 At the back of the garden, amidst the foliage and cover of some trees, a white chair invites the visitor to sit and reflect, literally, upon where they situate themselves within the garden. 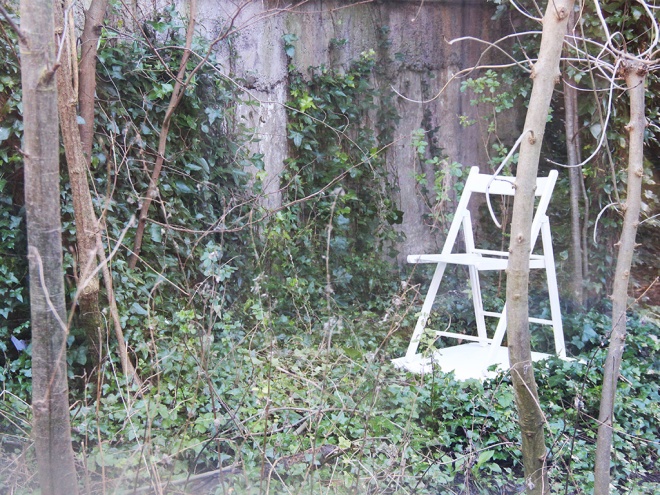 In here/there, Tzu-Yun Liang asks us to consider our position as humans within what we understand as ‘nature’. 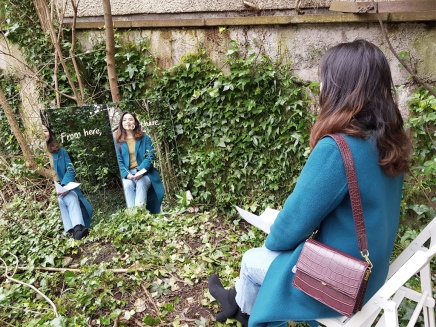 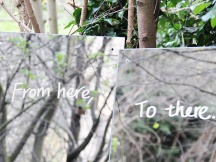 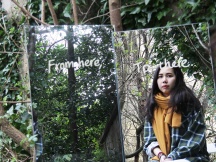 The Johnston Terrace Garden is an enclosed garden at the heart of Edinburgh, looked after by the Scottish Wildlife Trust. Bobby Niven’s Palm House (2017), is managed by the Edinburgh Art Festival.