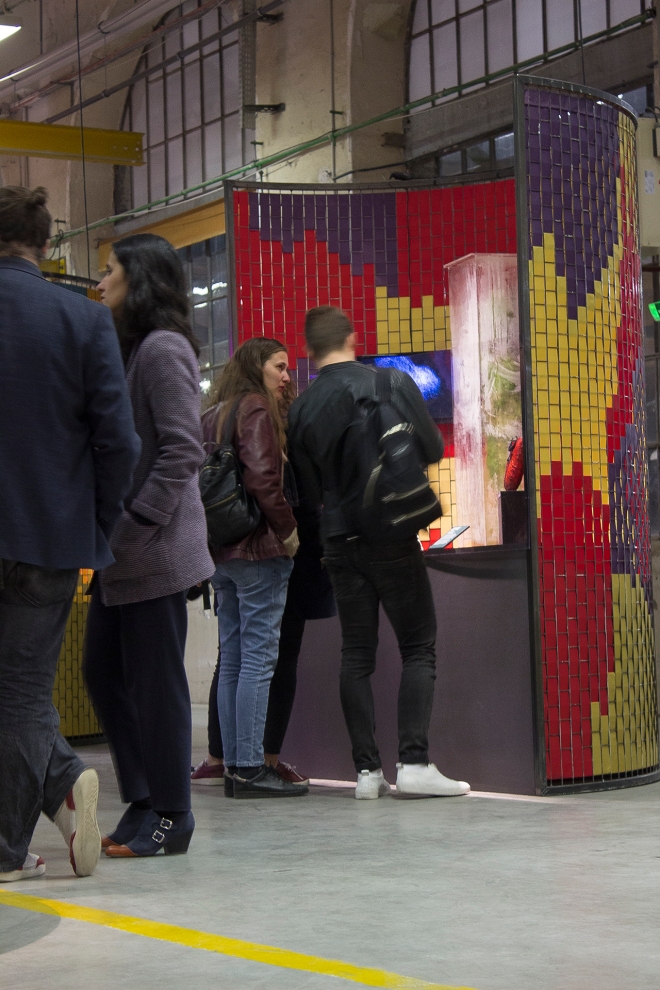 Based in the speculative future of the interaction between Fungi and robotics for the production of sustainable biomaterials. The installation included a prototype for carbon capture that operates due to the incrementation of biodiversity. The system is designed to grow fungi and plants in the gallery space, allowing the audience to observe the intimate ecological interactions between species. A third piece presented in this opportunity is a documented video based on the archive of mycologist Patrick Hickey that shows the world of fungi with an amazing detail and quality.

The Biennale curated by Lisa White titled ‘EU, VOUS, NOUS’, reflects on the integration of social, natural and technological networks, under the claim “Systems not stuff”.

The exhibition, which will receive an audience of 200,000 visitors, is open until the 22nd of this month at Cité du Design of Saint Etienne, France.