In this exhibition, Andrew composed a series of minimal interventions within the architecture of the gallery space. These explored the passage of time through observed changes in light and colour.

By observing the sky and documenting solar and lunar events he records the human experience of time by framing it in the context of astronomical movement, the study of light and our subjectivity. Composing work that visualizes the passage of time in one instance, he highlights how our comprehension of time is a small insight into a vastly, broader physical process.

The same patch of sky, over Edinburgh, was photographed every fifteen minutes over the 24 hour period, from midnight to midnight. The work is presented in a line, like frames of a film, to denote our linear experience of the passage of time.

WINTER SOLSTICE, Edinburgh 2017 is the first work in duet, which will be completed with the process of documenting, identically, the summer solstice on June 21st. The two works will thereafter be shown together.

Andrew intends to extend this work further in SOLSTICE LINES, by photographing and comparing these solar events at numerous other locations. 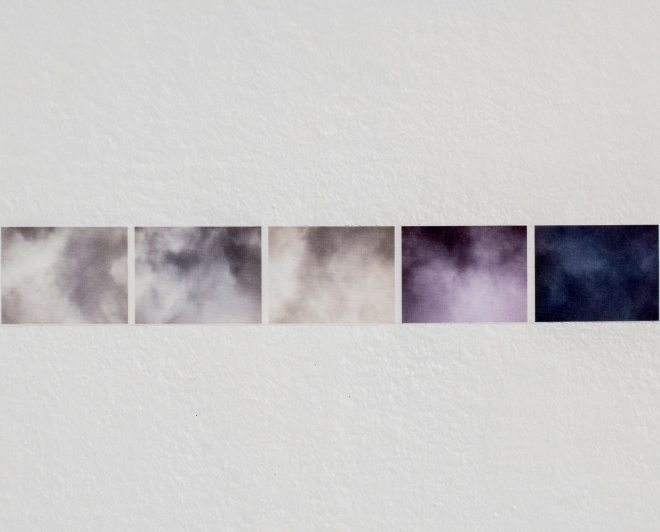 Referencing NASA’s recorded footage of the then most recent lunar eclipse. Andrew painted a series of squares that illustrate the moons ‘changing colour’, during this lunar event. The five colours are shown sequentially, adjacent to an exact representation of the colour of moon rock. The work highlights the subjectivity of the phenomenon of observed colour and how it relates to broader processes. 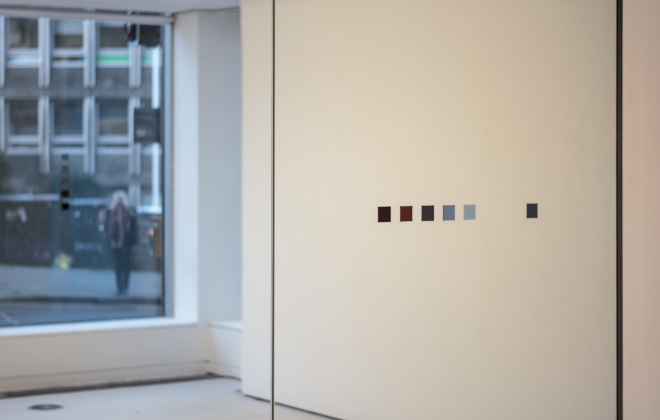 Recorded over the course of one evening Andrew displays the changing colour of the sky, from day to night. In contrast to the reds depicted in LUNAR ECLIPSE, Colour Swatches, this work engages with a differnet area of the colour spectrum and documents the changing light that is scatter in our atmosphere, indicative of time. 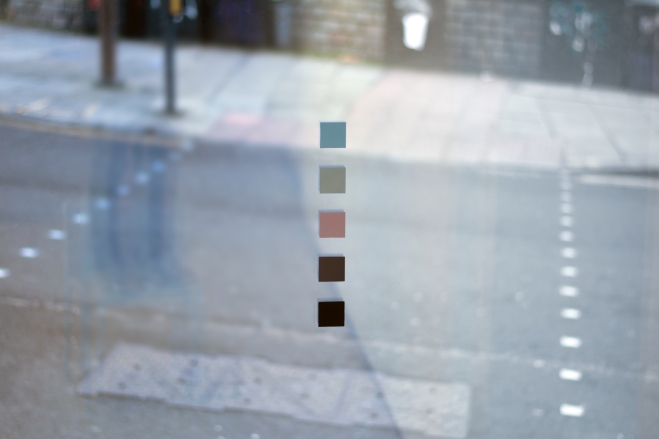