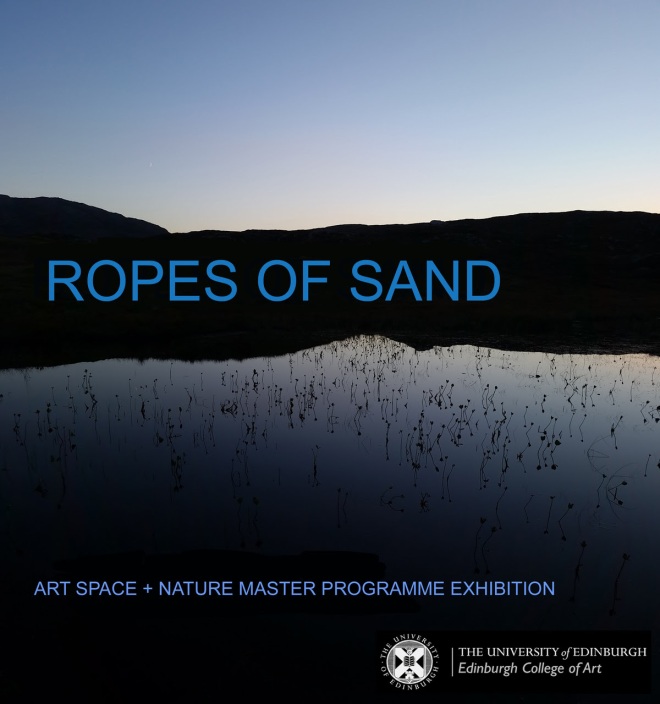 Join us to celebrate the opening of our latest exhibition at An Lanntair on the17th March at 5pm.

New work from the international Masters programme, Art, Space + Nature (ASN), Edinburgh College of Art; The University of Edinburgh, developed from a fieldtrip to Lewis & Harris in October 2016.

The internationally renowned Masters programme, Art, Space + Nature (ASN), Edinburgh College of Art; The University of Edinburgh, was established in 2003. It offers a framework of advanced study in the visual arts, architectural and environmental practice. Working from the axiom of ecology, that all things are interconnected, the two-year programme operates with a trans-disciplinary sensibility.

In October 2016, the ASN students conducted a field-trip to Lewis & Harris with programme director, Donald Urquhart. Subsequent research led to the development of preliminary work, which was presented at Tent Gallery in Edinburgh. The students return to Lewis to present finished pieces at An Lanntair, in the exhibition ROPES OF SAND which reflect on aspects encountered on the initial field-trip.