The students’ collective installation “Value is a Golden Cloud” is an active work which asks visitors to analyze the concept of value as it relates to their lives. 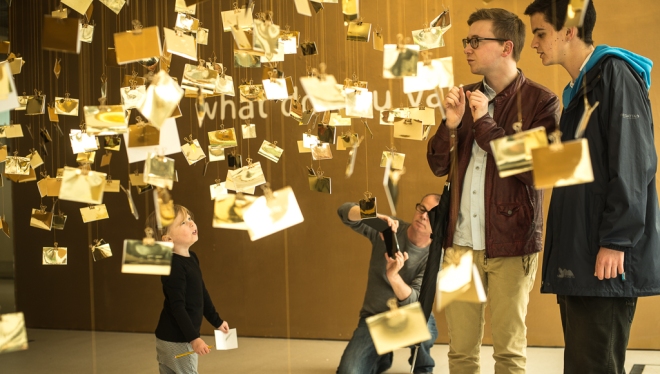 Suspended in the Golden Cloud, people’s ideas float in a formation which echoes the fluidity and temporarily of what they value. The juxtaposition of the lightness of the Cloud and the heavy materiality of Gold suggests the seemingly solid yet always fluctuating definition of Value through our own lifetimes.

Value is a Golden Cloud had over 700 people participate over the course of the week show, adding their ideas about what ‘value’ is to the golden cloud in Tent Gallery. 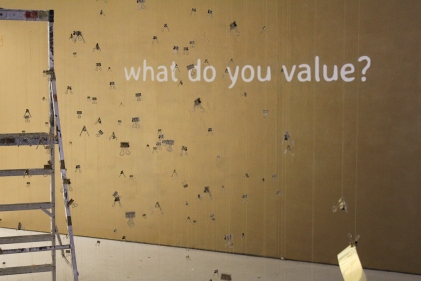 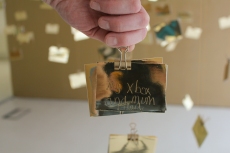 Student Javier Vidal Aguilera showed “Dwelling in the Morland,” an architectonic proposal for a hypothetical dwelling inspired by the moorland of Lewis and Harris, and a pencil-based study of natural patterns around the theme of turbulence. 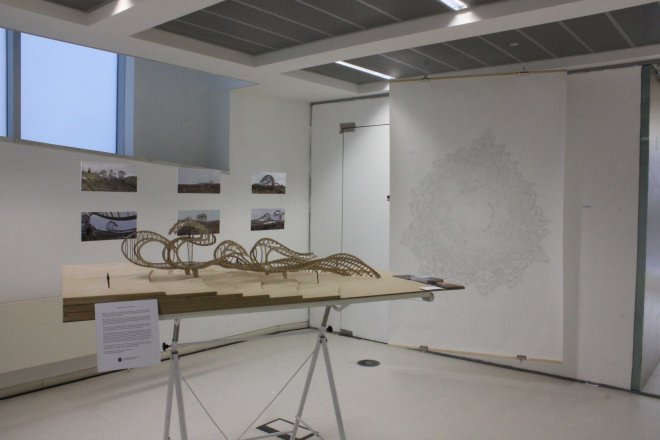 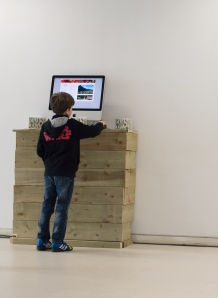 Jonathan Hemelberg created a final meditative work titled “The Sketch was Almost Worthless,” which combines artifacts and paint-based line work, examining the idea of finality and the mortality of things. 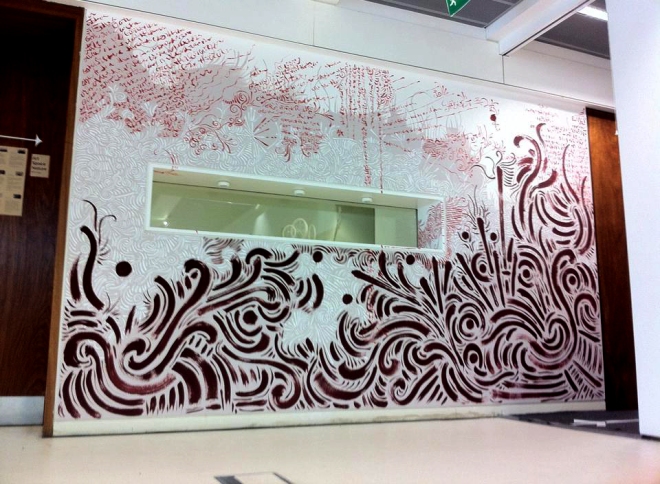 Patrick M. Lydon displayed “What is Food: Burger and Cabbage,” an image of a living sculpture where a cabbage feeds off of a burger, as well as material from “Final Straw,” an international film project connecting farmers, academics, artists, and office workers with the natural world. 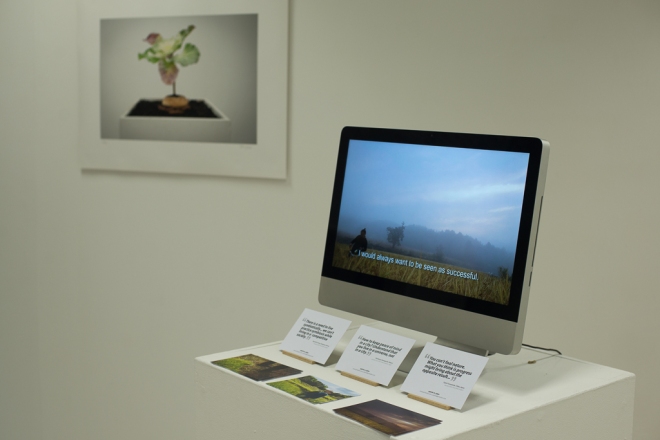 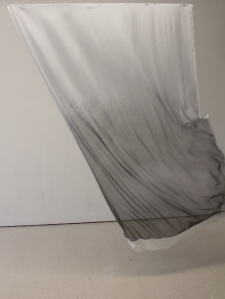 Flavia Salvador showed her “Wanderlust n1,” part of a personal investigation on bonding to a place, and her attempt of telling the stories behind objects collected from natural landscapes in Scotland. 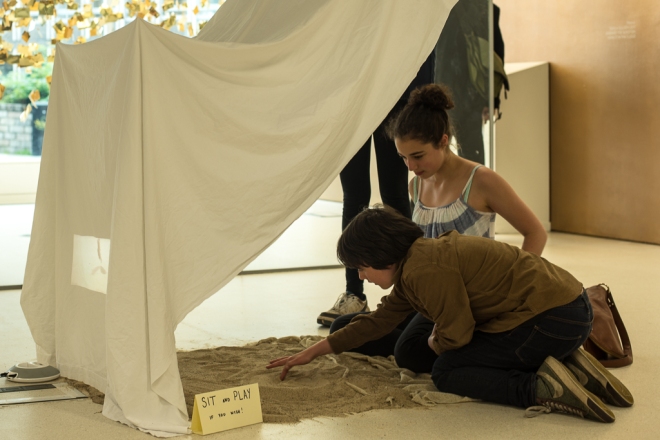